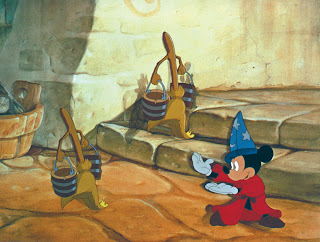 During the 1980 Presidential debates candidate Ronald Reagan said, "John Anderson tells us that first we've got to reduce spending before we can reduce taxes. Well, if you've got a kid that's extravagant, you can lecture him all you want to about his extravagance. Or you can cut his allowance and achieve the same end much quicker." This folksy analogy presaged the conservative fiscal political strategy known as "starving the beast." Starving the beast involves cutting taxes and consequently government revenues to deliberately create a budget crisis. The theory is the crisis will force spending to be reduced. Conservative activist Grover Norquist said, "My goal is to cut government in half in twenty-five years, to get it down to the size where we can drown it in the bathtub."

History has shown just how dangerous a faulty analogy can be. Your kid cannot print money; the U.S. Treasury can. Your kid cannot borrow money from China; the U.S. Government can. Instead of reducing spending, starving the beast resulted in ever increasing budget deficits. Cutting taxes is always popular; cutting government benefits, not so much. In a move reminiscent of the Sorcerer's Apprentice President Reagan realized during his second term that things were getting out of hand and agreed to a series of tax increases. But it was too late. The era of fiscal magical thinking in the conservative movement and the American public had begun. In every election cycle since Republicans have pandered to voters singing the same seductive refrain, "Cut Taxes!" while remaining silent on exactly which programs to cut.

Email ThisBlogThis!Share to TwitterShare to FacebookShare to Pinterest
Posted by Panderbear at 10:52 AM