This chart from Tim Dickinson's Rolling Stone article "How the GOP Became the Party of the Rich," shows how the richest 400 Americans have faired under regressive tax policies ushered in by Republicans starting with President Ronald Reagan 30 years ago. Are the rich paying their fair share in taxes? The numbers say the richest Americans have been getting a free ride. According to Nobel Prize-winning economist Joseph Stiglitz, "Most Americans got none of the growth of the preceding dozen years. All the gains went to the top percentage points." 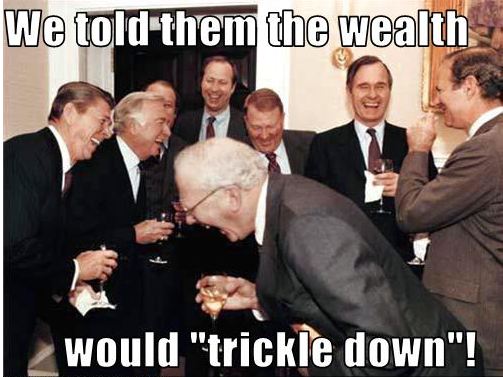 Email ThisBlogThis!Share to TwitterShare to FacebookShare to Pinterest
Posted by Panderbear at 9:53 PM