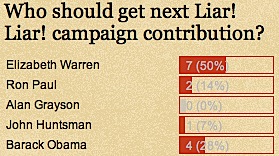 Elizabeth Warren handily outpaced the other contenders in our most recent poll regarding which straight-talking candidate should receive the next Liar! Liar! campaign contribution. President Obama came in a respectable second. Ron Paul and Jon Huntsman received votes as well.

Panderbear contributed $100 to the Warren campaign. That was considerably more than Liar! Liar! ad revenues, but Panderbear believes in putting his money where his mouth is. Thanks to all who voted in our poll and to all who helped generate revenue by clicking on the ads. 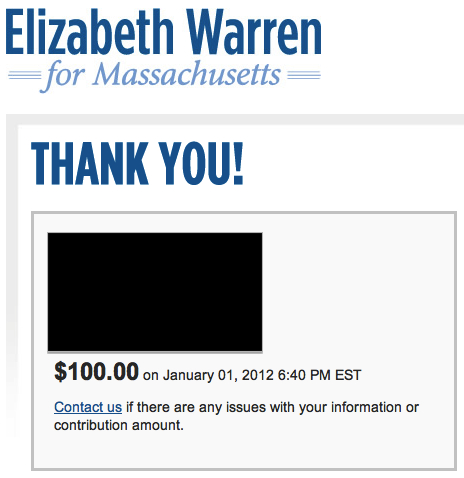