The major change in Truth Quotient rankings from three weeks ago is the departure of three candidates for the Republican nomination - Jon Huntsman, Rick Perry, and Michele Bachmann. Panderbear doesn't believe in beating dead horses.

The only change in rank order was by Rick Santorum who, in a reversion to the mean, dropped back below Senate Leader Harry Reid, into TQ territory he had previously occupied. 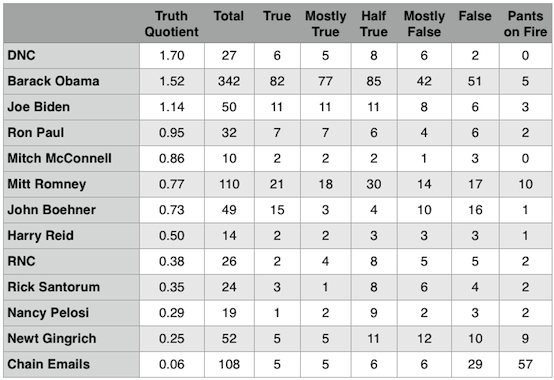