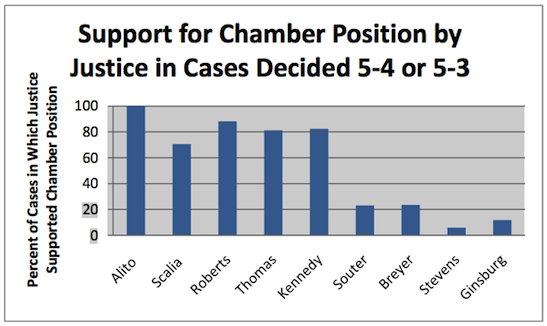 Panderbear's conclusion from the data is that this activist conservative U.S. Supreme Court, the Roberts court, is ruled by and for and panders to corporate America. For Panderbear the evidence presented in this CAC study is redundant since the damning 5‐4 decision in Citizens United v. Federal Election Commission, holding that corporations have the same constitutional right as individuals to spend money to influence elections. We are currently reaping the poisonous harvest of that politically motivated decision and corporate windfall.