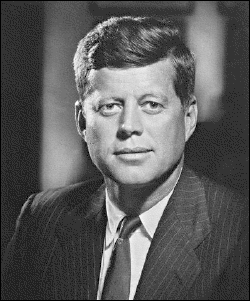 The eternal mystery to Panderbear is that any thinking and compassionate human being opposes the characteristics and policies that make a person liberal: looking ahead, not behind; welcoming new ideas, caring about the welfare, health, housing, schooling, jobs, and Constitutional civil rights for all. How can a true patriot and supporter of the U.S. Constitution and the fundamental ideals, rights, and liberties upon which this nation was founded oppose these tenets of liberalism? How can craven right-wing politicians continue to pander to low-information voters deluded regarding true American values.

In Profiles in Courage John F. Kennedy wrote, “If by a "Liberal" they mean someone who looks ahead and not behind, someone who welcomes new ideas without rigid reactions, someone who cares about the welfare of the people-their health, their housing, their schools, their jobs, their civil rights and their civil liberties-someone who believes we can break through the stalemate and suspicions that grip us in our policies abroad, if that is what they mean by a "Liberal", then I'm proud to say I'm a "Liberal.”